The Melbourne Prize for Literature 2015 and Awards support Melbourne's status as a UNESCO City of Literature and focuses on recognising and rewarding talent, inspiring the creative development and providing opportunities to Victorian writers. The finalists have been announced and we are absolutely delighted to reveal that the following Allen & Unwin authors are nominated:

The Melbourne Prize for Literature 2015 is for a Victorian author whose body of published work has made an outstanding contribution to Australian literature and to cultural and intellectual life.

The Best Writing Award 2015 is for a published work of outstanding clarity, originality and creativity by a Victorian writer. Alex Miller was also the last recipient

There's a public vote for a $6,000 prize to one of the shortlisted authors across all categories in the Civic Choice Award, and you can cast your vote on the Melbourne Prize website.

"The quality and quantity of entries this year, across all three categories, reflected the depth, variety and strength of literary talent in Victoria.

We have established voices doing some of their best work and new talent coming up, with the diversity of genres, styles and approaches reminding us of the expansive power of literature. We felt honored to be given the opportunity to consider so many entries of such consistently high standard."

The winners in each category will be announced on 11 November 2015.

To smack or not to smack is the question that reverberates through the interconnected lives dissected in Christos Tsiolkas' award-winning novel. 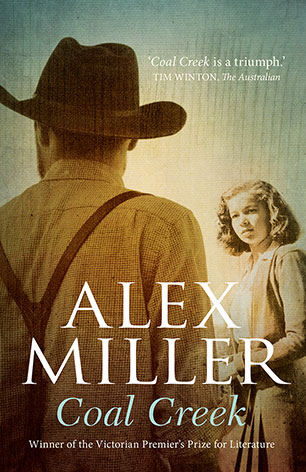