The Man Who Wrote Lord of the Flies 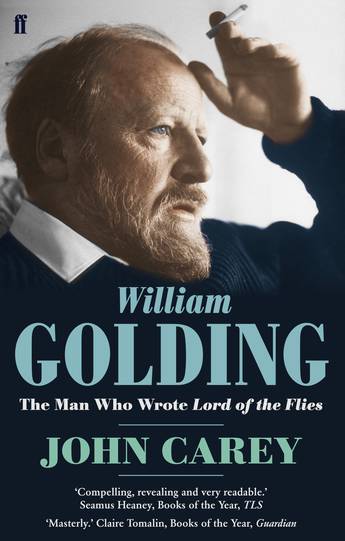 The first authorised biography of one of the foremost novelists of the twentieth century - now in paperback.

William Golding was born in 1911 and educated at his local grammar school and Brarsenose College, Oxford. He published a volume of poems in 1934 and during the war served in the Royal Navy. Afterwards, he returned to being a school master in Salisbury. Lord of the Flies, his first novel, was an immediate success, and was followed by a series of remarkable novels, including The Inheritors, Pincher Martin and The Spire. He won the Booker Prize for Rites of Passage in 1980, and was awarded the Nobel Prize for Literature in 1983, and knighted in 1988. He died in 1993.

John Carey is Emeritus Merton Professor of English at Oxford University, and a distinguished critic, reviewer and broadcaster, and the author of several books, including studies of Donne, Dickens and Thackery, as well as The Intellectuals and the Masses. He is the editor of Faber anthologies of Reportage, Utopias and Science. His most recent book, What Good are the Arts? was praised by Blake Morrison as 'incisive and inspirational.'