True Stories of Love, Life and Loss on the British Home Front 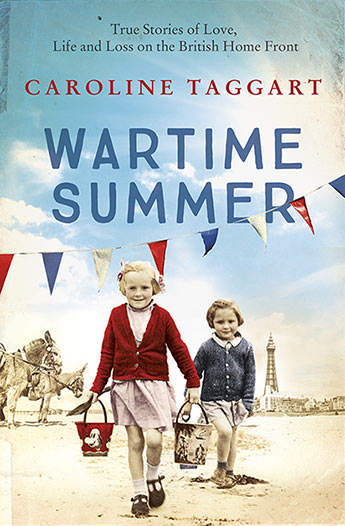 A nostalgic window into the Great British Summertime during WWII.

We take summer holidays for granted but, back in the 1940s, the picture was very different. War had gripped Britain. Wave after wave of bombs fell, beaches were closed off, and petrol was rationed by the forbidding question, 'Is your journey really necessary?'

But the summer days (with double summer time) seemed to go on forever, war or no war - and British families were determined to make the best of their paralyzed country.
For evacuated children, this meant freedom that is unimaginable today: wandering at will, discovering wildlife in fields and ponds, foraging from orchards and hedgerows and swimming in the streams. Elsewhere, country estates were requisitioned for the war efforts, the tennis courts given over for training and the Lord and Lady of the manor sent packing! Dances attracted people from all walks of life - from ballroom dances to the thrill of the arrival of the GIs and the jitterbug.

But the shadow of war was never far away; the evacuation of Dunkirk in 1940, and the D-Day Landings in 1944 took place in June - with unreliable summer weather playing a part in both.

In this book, Caroline Taggart shows us how Britons succeeded in keeping up spirits in spite of the constant devastation of battle. It is a revealing and entertaining collection of first-hand reminiscences from people who lived through those six long years. Touching, tragic, occasionally hilarious, it shows the British soldiering on as best they could.
More books by this author
Category: Other books
ISBN: 9781789461244
Publisher: Bonnier
Imprint: John Blake
Page Extent: 288
Format: Paperback - B format
Subject: Nostalgia: general