The Mystery of Charles Dickens 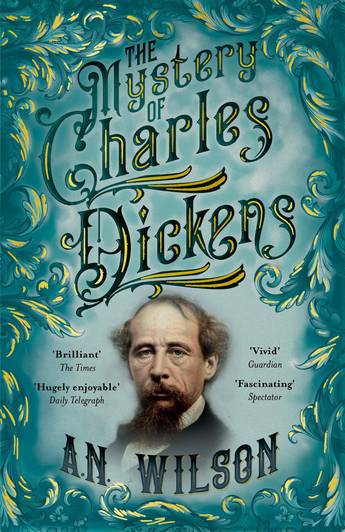 A brilliant and insightful celebration of the imaginative genius of Charles Dickens, published to commemorate the 150th anniversary of his death.

A Book of the Year in The Times & Sunday Times, Daily Mail, Spectator, Irish Times and TLS.

'Brilliant' The Times, 'Book of the Week'

'[A] vivid, detailed account' Guardian, 'Book of the Week'

Charles Dickens was a superb public performer, a great orator and one of the most famous of the Eminent Victorians. Slight of build, with a frenzied, hyper-energetic personality, Dickens looked much older than his fifty-eight years when he died. Although he specified an unpretentious funeral, it was inevitable that crowds flocked to his open grave in Westminster Abbey. Experiencing the worst and best of life during the Victorian Age, Dickens was not merely the conduit through whom some of the most beloved characters in literature came into the world. He was one of them.

Filled with twists, pathos and unusual characters, The Mystery of Charles Dickens looks back from the legendary writer's death to recall the key events in his life. In doing so, A. N. Wilson seeks to understand Dickens's creative genius and enduring popularity. Following him from cradle to grave, it becomes clear that Dickens's fiction drew from his own experiences - a fact he acknowledged. Like Oliver Twist, Dickens suffered a wretched childhood, then grew up to become not only a respectable gentleman but an artist of prodigious popularity. Dickens knew firsthand the poverty and pain his characters endured, including the scandal of a failed marriage.

Going beyond standard narrative biography, Wilson brilliantly revisits the wellspring of Dickens's vast and wild imagination, revealing why his novels have such instantaneous appeal and why they continue to resonate today. He also uncovers the double standards of both the man and his times.
More books by this author