In Search of Heroes 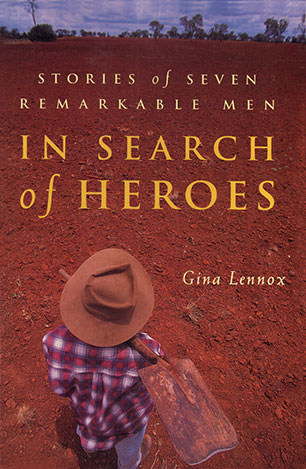 Five in-depth stories of seven remarkable men that allow us to explore the concept of hero.

What makes an honourable man and who are the heroes of our time? Five in-depth stories of seven remarkable men allow us to explore the concept of hero. Mythical heroes went on dangerous adventures fighting legendary battles and monsters. Modern heroes face frontiers of a different kind. The seven men who tell their story in In Search of Heroes shine with spirit and passion. They are men of integrity and contributors to their community. Their inner and outer journeys both reflect and inspire our own.

'What fire fighting has taught me is that adrenalin does different things to different people - it can put you on the right tram or the wrong tram, and if you haven't got control of it, you're going to get on the wrong tram.' - BILL JONES, ONE OF THREE FIREFIGHTERS

'Most of the time I'm an easy-going bloke. I like a bit of fun if you really come to know me. But if I can't get out of an argument, if you can't run any further, well, you have to take a stand.' - KAJAI FRANK SEBASTIAN, KIMBERLEY LAND COUNCIL.
More books by this author

Gina Lennox has written and produced for film, radio and multimedia since 1978. Her first book of oral histories was People of the Cross co-authored with Francis Rush and published in 1993. Her second book was Struck by Lightning, an oral history of the life of Garry Lynch, published in 1996. Gina teaches creative writing at Mulawa Correctional Centre, as well as in other community groups.

In Search of Heroes: What are they and why go in search of them?

My People My Country - Kajai Frank Sebastian, member of the Kimberley Land Council, fighter for native title and self-determination