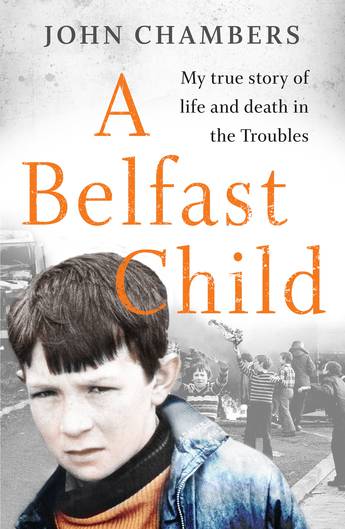 Northern Ireland's answer to Philomena, but with bombs and bullets. . .

John Chambers was brought up on Belfast's notorious Loyalist Glencairn estate, during the height of the Troubles. From an early age he witnessed violence, hatred and horror as Northern Ireland tore itself apart in civil strife. Kneecapping, brutal murders, and even public tarring-and-feathering were simply a fact of life for the children on the estate. He thought he knew which side he was on, but although raised as a Loyalist, he was hiding a troubling secret: that his disappeared mother - whom he'd always been told was dead - was a Roman Catholic, 'the enemy'.

In a memoir of rare power, John explores the dark heart of Northern Irish sectarianism in the seventies and eighties. With searing honesty and native Belfast wit, he describes the light and darkness of his unique childhood, and his teenage journey through mod culture and ultra-Loyalism, before an escape from Belfast to London - where, still haunted by the shadow of his fractured family history - he began a turbulent and hedonistic adulthood.

A Belfast Child is a tale of divided loyalties, dark secrets and the scars left by hatred and violence on a proud city - but also a story of hope, healing and ultimate redemption for a family caught in the rising tide of the Troubles.
More books by this author

John writes a popular blog, www.belfastchildis.wordpress.com which deals with issues surrounding The Troubles and Northern Ireland's more recent, less conflicted, history. His blog has had approximately 65,000 visitors over the past six months, the majority from the UK, the United States and mainland Europe.