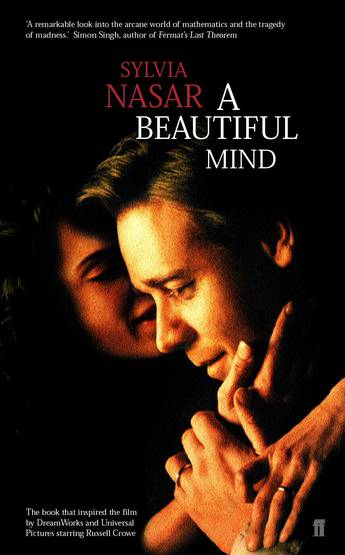 'A detailed, sensitive and multi-sided account of the bizarre life of the mathematician John Nash.' - Sunday Telegraph(UK)

At the age of thirty-one, John Nash, mathematical genius, suffered a devastating breakdown and was diagnosed with schizophrenia. Yet after decades of leading a ghost-like existence, he was to re-emerge to win a Nobel Prize and world acclaim. The inspiration for a major motion picture directed by Ron Howard, Sylvia Nasar's award-winning biography is a drama about the mystery of the human mind, a triumph over incredible adversity, and the healing power of love.
More books by this author

Sylvia Nasar was born in Bavaria in 1947 to a German mother and Uzbek father. Her family emigrated to the United States in 1951 and lived in New York and Washington, D.C. before moving to Ankara, Turkey in 1960. In 1965, she returned to the USA and attended Antioch College where she majored in literature. After working for several years, she entered the PhD programme in Economics at New York University, completing a Master's degree in 1976. For a time, she did economics research, including with Nobel Laureate Wassily Leontief.At the age of 35 Nasar became a journalist. Since 1983 she has been a writer at Fortune, a columnist at US News & World Report and a reporter at the New York Times where she currently covers economics. A Beautiful Mind, her first book, was the winner of the National Book Critics Circle Award for Biography, and a finalist for the Pulitzer Prize in Biography and the Helen Bernstein Book Award.