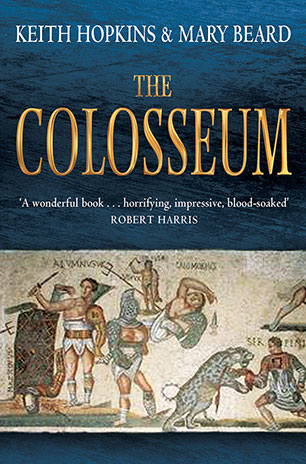 The Colosseum was Imperial Rome's monument to warfare. Like a cathedral of death it towered over the city and invited its citizens, 50,000 at a time, to watch murderous gladiatorial games. It is now visited by two million visitors a year (Hitler was among them). Award winning classicist, Mary Beard with Keith Hopkins, tell the story of Rome's greatest arena: how it was built; the gladiatorial and other games that were held there; the training of the gladiators; the audiences who revelled in the games, the emperors who staged them and the critics. And the strange after story - the Colosseum has been fort, store, church, and glue factory.
More books by this author

Keith Hopkins was Professor of Ancient History at Cambridge and Vice-Provost of King's College.

Mary Beard is Professor of Classics at Newnham College, Cambridge, and the classics editor of the TLS. Her books include the acclaimed The Roman Triumph and The Parthenon (in the Wonders of the World series of which she is general editor). She is also the award winning author of Pompeii.