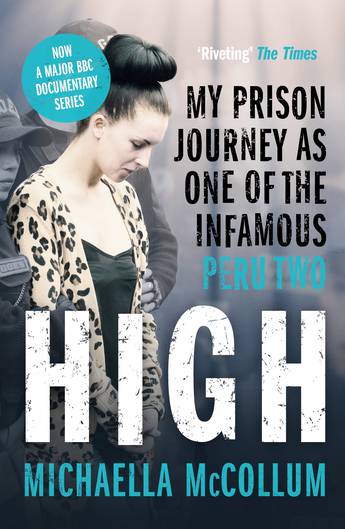 This is the gritty prison memoir of Michaella McCollum, one half of the infamous 'Peru Two', sentenced to 7 years in a Peruvian jail for attempting to smuggle 11kg of cocaine.

The gritty prison memoir of Michaella McCollum, one half of the infamous 'Peru Two', imprisoned in a Peruvian jail for attempting to smuggle 11kg of cocaine from Peru to Madrid in August 2013.

She was just a regular girl, spending the summer working at a bar in Ibiza, until she was approached by a man who asked her if she'd like to make some quick, easy money...and it would change her life forever. This is the truth of her time in prison, told through her own diaries and letters to her mother, family and friends, recounting tales of vicious guards, psychotic inmates and horrendous prison conditions.

A brilliantly affecting tale of a naive young girl who starts out in the Ibiza party scene and comes of age in the dark heart of Peru, before finally emerging into the sun a stronger, more confident, mature young woman.
More books by this author

Michaella McCollum became known as one half of the infamous 'Peru Two' when she was arrested for drug smuggling in 2013. Caught with 11kg of Cocaine at Jorge Chavez International airport in Peru, McCollum and accomplice Melissa Reid quickly became household names both there and back home in the UK. McCollum went on to serve over two years in a Peruvian prison. She has returned to the UK since being released, settling in Dungannon, Northern Ireland. Now 25, Michaella is mother to toddler twin boys.