A Masterpiece of Criminal Interrogation 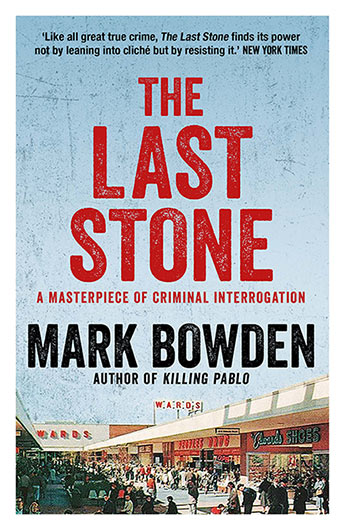 From the bestselling author of Killing Pablo, a haunting and gripping account of the true-life search for the perpetrator of a hideous crime - the abduction and likely murder of two young girls in 1975 - and the skilful work of the cold case team that finally brought their kidnapper to justice.

On March 29, 1975, sisters Kate and Sheila Lyon, aged ten and twelve, disappeared during a trip to a shopping mall in the suburbs of Washington, D.C. Three days later, eighteen-year-old Lloyd Welch visited the Montgomery County Police headquarters with a tip: he had seen the Lyon girls at the mall that day and had watched them climb into a strange man's car. Welch's tip led nowhere, and the police dismissed him as a drug-addled troublemaker wasting their time. As the weeks passed, and the police's massive search for the girls came up empty, grief, shock and horror spread out from the Lyon family to overtake the entire region. The trail went cold, the investigation was shelved and hope for justice waned.

Then, in 2013, a detective on the department's cold case squad reopened the Lyon files and eventually discovered that the officers had missed something big about Lloyd Welch in 1975.

In 1975, at age 23, Mark Bowden was a rookie reporter for a small Maryland newspaper reporting on the Lyons sisters' disappearance. In The Last Stone, Bowden returns to his first major story, taking us behind the scenes of the cold case team's exceptional interrogation of Lloyd Welch, the man who - nearly forty years after the crime - quickly became the most likely suspect in the Lyon case. Based on extensive interviews and video footage from inside the interrogation room, The Last Stone is a thrilling and revelatory reconstruction of a masterful investigation.
More books by this author

Mark Bowden is the author of thirteen books, including Killing Pablo and the #1 New York Times bestseller Black Hawk Down. He reported at the Philadelphia Inquirer for twenty years and now writes for magazines including the Atlantic and Vanity Fair. He is also the writer in residence at the University of Delaware. His most recent book is Hue 1968: A Turning Point of the American War in Vietnam.