The shocking truth about gang wars in Brexit Britain 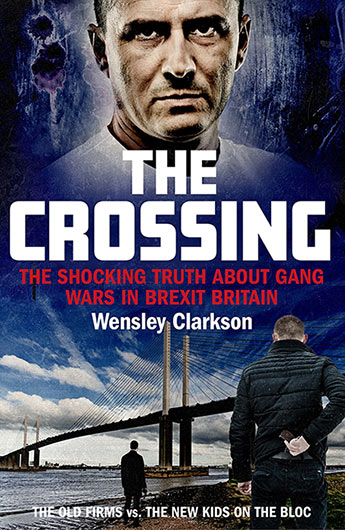 A gripping true crime expose centring around The Dartford Crossing - the battleground of an intense war between old school British gangsters and Eastern European gangs in light of Brexit.

'We will run everything in this country, robbery, drugs, trafficking, in five years' time. I promise you that.' - Vulo, Albanian Gangster

'They're committing outrageous crimes on our manor. They're telling us they can operate wherever they want and we can't do a thing about it. - Steve Marchmont, Essex Gangster

For the past decade European gangsters have been fighting a turf war with homegrown British gangsters for control of the criminal badlands of London, Kent, Essex and throughout the UK. Many of these foreign gangs see Kent and Essex as a stepping-stone to the total domination of the British underworld.

In the two years since the Brexit referendum this war has intensified with European gangsters deliberately setting out to win and establish their businesses, both illicit and legit, before the UK leaves the EU.

The stakes are worth billions of pounds. On one side are the so-called 'New Kids on the Bloc': Eastern Europeans, who have muscled in and boast that within the next five years they will crush all others and dominate the British criminal underworld. On the other side is the 'Establishment': the old school, British-based crime syndicates that have been working this area for decades. They own homes, send their kids to area schools, are known denizens of the local pubs and football pitches, and attend weddings and funerals.

Kent and Essex are connected by the Dartford Crossing - a transport hub for slave, drugs and arms traders as well killers and fugitives. The Crossing is the crucial piece of real estate in this bloody battle and the chilling setting for this hard-hitting, access-driven, insight into modern day gang warfare that takes the reader behind-the-scenes of a lethal struggle for domination.
More books by this author
Category: True Crime
ISBN: 9781789461213
Publisher: Bonnier
Imprint: John Blake
Page Extent: 320
Format: Paperback - B format
Subject: True crime