Murder Under the Microscope

Serial Killers, Cold Cases and Life as a Forensic Investigator 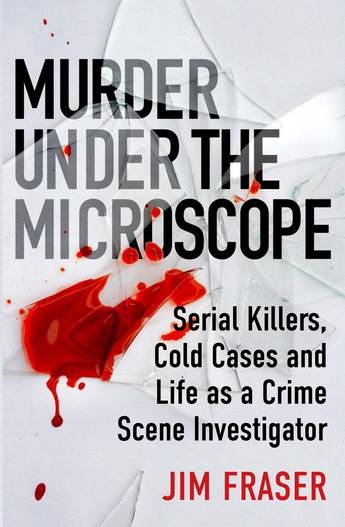 In this compelling and chilling memoir, a top forensic investigator lifts the lid on the most notable and notorious cases of his forty-year career.

'Jim Fraser has been at the forefront of forensic science in the UK for decades... A superb story of real-life CSI.' - Dr Richard Shepherd, bestselling author of Unnatural Causes

Most murders are not difficult to solve. People are usually killed by someone they know, there is usually abundant evidence and the police methods used to investigate this type of crime are highly effective. But what about the more difficult cases, where the investigation involves an unusual death, an unusual killer, or is complex or politically charged? In these cases, bringing the accused before the courts can take many years, even then, the outcome may be contentious or unresolved.

In this compelling and chilling memoir, Jim Fraser draws on his personal experience as a forensic scientist and cold case reviewer to give a unique insight into some of the most notable cases that he has investigated during his forty-year career, including the deaths of Rachel Nickell, Damilola Taylor and Gareth Williams, the GCHQ code breaker.

Inviting the reader into the forensic scientist's micro-world, Murder Under the Microscope reveals not only how each of these cases unfolded as a human, investigative and scientific puzzle, but also why some were solved and why others remain unsolved or controversial even to this day.
More books by this author

Jim Fraser is a Research Professor in Forensic Science at the University of Strathclyde and a Commissioner of the Scottish Criminal Cases Review Commission. He has over forty years' experience in forensic science and has worked on many high-profile cases as an expert witness and case reviewer. He has advised many public agencies including police organisations in the UK and abroad, the Home Office, the Scottish Parliament and the UK Parliament.