Do the Birds Still Sing in Hell?

A powerful story of love and survival 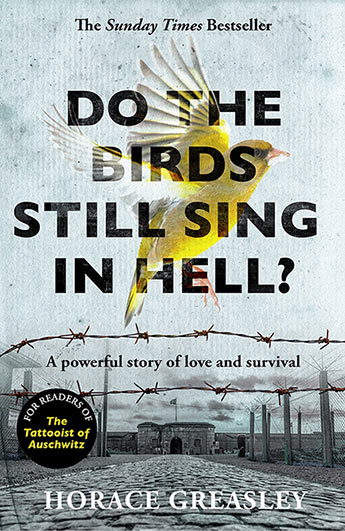 The incredible true story of how of one British soldier escaped a prisoner war camp 200 times to see the girl he loved.

Horace 'Jim' Greasley was twenty years of age in the spring of 1939 when Adolf Hitler invaded Czechoslovakia and latterly Poland. There had been whispers and murmurs of discontent from certain quarters and the British government began to prepare for the inevitable war. After seven weeks training with the 2nd/5th Battalion Leicester, he found himself facing the might of the German army in a muddy field south of Cherbourg, in Northern France, with just thirty rounds of ammunition in his weapon pouch. Horace's war didn't last long. He was taken prisoner on 25th May 1940 and forced to endure a ten week march across France and Belgium en-route to Holland.

Horace survived...barely...food was scarce; he took nourishment from dandelion leaves, small insects and occasionally a secret food package from a sympathetic villager, and drank rain water from ditches. Many of his fellow comrades were not so fortunate. Falling by the side of the road through sheer exhaustion and malnourishment meant a bullet through the back of the head and the corpse left to rot. After a three day train journey without food and water, Horace found himself incarcerated in a prison camp in Poland. It was there he embarked on an incredible love affair with a German girl interpreting for his captors.

He experienced the sweet taste of freedom each time he escaped to see her, yet incredibly he made his way back into the camp each time, sometimes two, three times every week. Horace broke out of the camp then crept back in again under the cover of darkness after his natural urges were fulfilled. He brought food back to his fellow prisoners to supplement their meagre rations. He broke out of the camp over two hundred times and towards the end of the war even managed to bring radio parts back in. The BBC news would be delivered daily to over 3,000 prisoners. This is an incredible tale of one man's adversity and defiance of the German nation.
More books by this author More books in this series

Horace Greasley (1918-2010) was a British soldier in the Second World War who was captured by the German Wehrmacht and became famous for escaping from his camp over 200 times while conducting a clandestine love affair, returning to captivity each time. He was born in Ibstock, Leicestershire and died aged 91. He was survived by his wife Brenda and their son and daughter.