Murder, forensics, and the birth of crime scene investigation 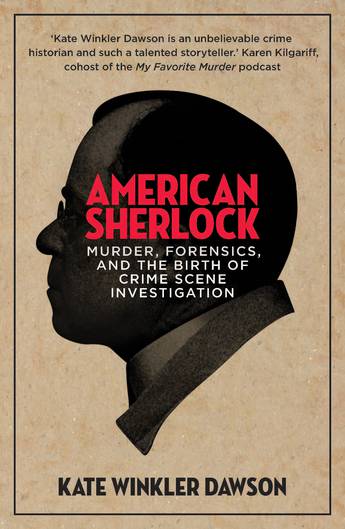 A true-crime account of one of the greatest - and first - forensic scientists, with an uncanny knack for finding clues, establishing evidence and deducing answers with a skill that seemed almost supernatural.

'Kate Winkler Dawson is an unbelievable crime historian and such a talented storyteller.' - Karen Kilgariff, cohost of the My Favorite Murder podcast

'Heinrich changed criminal investigations forever, and anyone fascinated by the myriad detective series and TV shows about forensics will want to read [this].' - The Washington Post

'Kate Winkler Dawson has researched both her subject and his cases so meticulously that her reconstructions and descriptions made me feel part of the action rather than just a reader and bystander. She has brought to life Edward Oscar Heinrich's character, determination, and skill so vividly that one is left bemused that this man is so little known to most of us.' - Patricia Wiltshire, author of Traces and The Nature of Life and Death

Berkeley, California, 1933. In a lab filled with curiosities - beakers, microscopes, Bunsen burners and hundreds of books - sat an investigator who would go on to crack at least 2,000 cases in his 40-year career.

Known as the 'American Sherlock Holmes', Edward Oscar Heinrich was one of the greatest - and first - forensic scientists, with an uncanny knack for finding clues, establishing evidence and deducing answers with a skill that seemed almost supernatural.

Based on years of research and thousands of never-before-published primary source materials, American Sherlock is a true-crime account capturing the life of the man who spearheaded the invention of myriad new forensic tools, including blood-spatter analysis, ballistics, lie-detector tests and the use of fingerprints as courtroom evidence.
More books by this author

Kate Winkler Dawson is an associate professor in journalism at the University of Texas. A seasoned documentary producer, her work has appeared in the New York Times, the Washington Post, WCBS News, ABC News Radio, 'PBS NewsHour' and 'Nightline.' She is the host of Tenfold More Wicked, a historical true crime podcast on the Exactly Right network, now on its second series.