Rooms with a View

The Secret Life of Grand Hotels 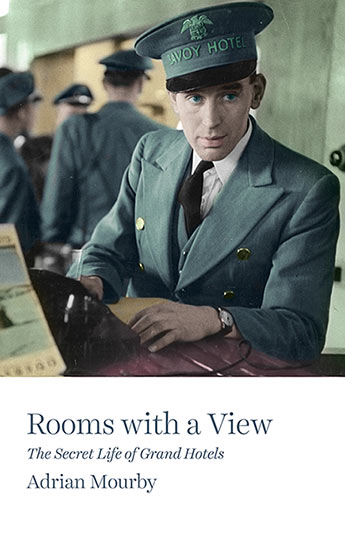 Salvador Dali once asked room service at Le Meurice in Paris to send him up a flock of sheep. When they were brought to his room he pulled out a gun and fired blanks at them. George Bernard Shaw tried to learn the tango at Reid's Palace in Madeira, and the details of India's independence were worked out in the ballroom of the Imperial Hotel, Delhi.

The world's grandest hotels have provided glamorous backgrounds for some of the most momentous - and most bizarre - events in history.

Adrian Mourby is a distinguished hotel historian and travel journalist - and a lover of great hotels. Here he tells the stories of 50 of the world's most magnificent, among them the Adlon in Berlin, the Hotel de Russie in Rome, the Continental in Saigon, Raffles in Singapore, the Dorchester in London, Pera Palace in Istanbul and New York's Plaza, as well as some lesser known grand hotels like the Bristol in Warsaw, the Londra Palace in Venice and the Midland in Morecambe Bay.

All human life is to be found in a great hotel, only in a more entertaining form.
More books by this author

Adrian Mourby was an award-winning BBC drama producer before turning to full-time writing. He has published three novels, two AA travel guides, a book based on his Sony Award-winning Radio 4 series Whatever Happened To…?, as well as the companion volume to this book, Rooms of One's Own: 50 Places that Made Literary History. In recent years Adrian has won two Italian awards for his travel journalism. He also writes extensively on opera, has produced works by Mozart, Handel and Purcell and leads cultural tours worldwide.