Life and Death in a Contested City 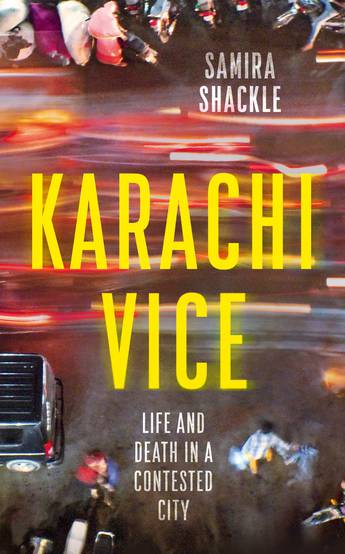 A fast-paced journey around Karachi in the company of those who know the city inside out - from an electrifying new voice in narrative non-fiction.

Karachi. The capital of Pakistan is a sprawling mega-city of 20 million people. It is a place of political turbulence in which those who have power wield it with brutal and partisan force, a place in which it pays to have friends in the right places and to avoid making deadly enemies. It is a society where lavish wealth and absolute poverty live side by side, and where the lines between idealism and corruption can quickly blur.

It takes an insider to know where is safe, who to trust, and what makes Karachi tick, and in this powerful debut, Samira Shackle explores the city of her mother's birth in the company of a handful of Karachiites. Among them is Safdar the ambulance driver, who knows the city's streets and shortcuts intimately and will stop at nothing to help his fellow citizens. There is Parveen, the activist whose outspoken views on injustice corruption repeatedly lead her towards danger. And there is Zille, the hardened journalist whose commitment to getting the best scoops puts him at increasing risk. As their individual experiences unfold, so Shackle tells the bigger story of Karachi over the past decade: a period in which the Taliban arrive in Pakistan, adding to the daily perils for its residents and pushing their city into the international spotlight.

Writing with intimate local knowledge and a global perspective, Shackle paints a nuanced and vivid portrait of one of the most complex, most compelling cities in the world.
More books by this author

Samira Shackle is a freelance British journalist, writing mainly on politics, terrorism, and gender, with a particular focus on the Indian Subcontinent. She travels to Pakistan regularly where she has family and spent extensive time there working on the book. This is her debut.