Tales from an African safari guide 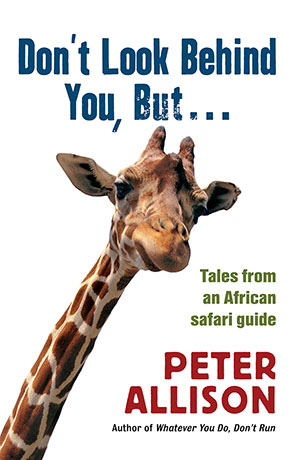 Another serving of campfire stories - hair-raising and hilarious tales of Africa, animals and close escapes - from Australia's intrepid safari guide Peter Allison, bestselling author of Whatever You Do, Don't Run.

It shouldn't be fun to be chased by an animal that outweighs you by a factor of seventy, but Peter Allison gets an odd thrill every time an elephant charges his beaten-up jeep or a peckish crocodile looks at him sideways.

And now our favourite safari leader is back with more crazy, incredible, endearing and laugh-out-loud funny tales from his time guiding unsuspecting tourists through the African bush. By now you'd think he'd know his way around. You'd be wrong. From avoiding territorial hippos and half-starved lions to dodging landmines and getting lost on the unforgiving savanna, Peter Allison has had his fair share of close calls. Yet, despite a growing suspicion that it is trying very hard to kill him, he just can't shake his love of this remarkable land, its animals and its people.

'Fun, informative stories in which tourists and animals are treated with the same affection and humour.' Woman's Day
More books by this author

Peter Allison is a safari guide who has worked in South Africa, Botswana and Namibia. It was his love of animals that first led Peter to Africa, and by the late 1990s he was in charge of training guides for the region's largest safari operator.

Peter has led safaris that have featured in such magazines as Vogue and Conde Nast Traveller. He has also assisted National Geographic photographers and appeared on television shows such as Jack Hanna's Animal Adventures.

In between safaris, Peter lives in Sydney.