Diary of a headtrip 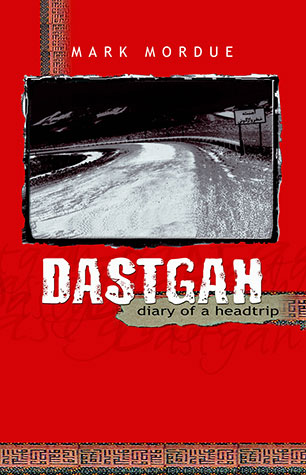 From an award-winning journalist, literary travel where observation of places is incorporated with elements of the personal, the poetic and the philosophical.

From a lightning storm in Calcutta to heroin addicts in Tehran, from a dead boy by a roadside in the Nepalese Himalaya to New York disappearing in a mist, Dastgah maps a one-year journey across the planet.

Private reflections, comic anecdotes, poetry, dreams and the radical spirit of new journalism are all called upon in this ambitious travel story collection. Together they weave through questions of identity and love on the road, building into a refined diary that walks the line between reporting on the world and getting lost in it.

Dastgah is an existential journal for the modern traveller, a headtrip that will take you to all kinds of places across the world and inside your self.

'I just took a trip around the world in one go, first zigzagging my way through this incredible book, and finally, almost feverishly, making sure I hadn't missed out on a chapter along the way. I'm not sure what I'd call it now: a road movie of the mind, a diary, a love story, a new version of the subterranean homesick and wanderlust blues - anyway, it's a great ride. Paul Bowles and Kerouac are in the back, and Mark Mordue has taken over the wheel of that pick-up truck from Bruce Chatwin, who's dozing in the passenger seat.

As much as travel books are my favourite genre of novels, and as deeply as they are rooted in the nineteenth century, before the invention of photography and then film, Mark has written the first one that takes this precious and rare species into the twenty-first century.' - WIM WENDERS, director of Paris, Texas, Wings of Desire and Buena Vista Social Club.
More books by this author

MARK MORDUE is an Australian writer, journalist and editor. He has been published in Interview, Madison, Speak and Salon in the USA, and Purple in France. At home in Australia his work has appeared in Rolling Stone, HQ, Vogue, The Australian, The Age, Sydney Morning Herald, GQ, The Bulletin and HEAT. He was the founding editor of Australian Style (1992-97). He is the winner of a 1992 Human Rights Media Award and is currently Asialink 2001 writer-in-residence at Beijing University.