Antarctica and Back in Sixty Days 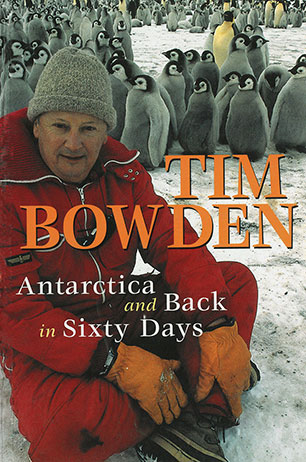 Tim Bowden's account of his journeys to the Antarctic combine adventure, exploration, social history, human endeavour and humour in the most isolated continent on earth.

Tim Bowden first visited and fell in love with Antarctica in 1989 and has been back five times. This is the very personal memoir of that first trip south.

With a well-tuned sense of the absurd, Tim introduces the varied personalities and eccentricities of life on board the resupply ship Icebird. He describes the danger and excitement of travel to this continent of vast and overwhelming beauty. And he coaxes frank and often moving memories from the most reticent of his fellow travellers. Antarctica and Back in Sixty Days is quintessential Bowden.
More books by this author

Tim Bowden is an acclaimed oral historian, broadcaster, and radio and television documentary maker. His six-part television series, 'Breaking the Ice', continues to receive accolades. The Silence Calling, the definitive history of Australians in Antarctica, was publishing to exceptional reviews. His other books include Penelope Goes West, The Way My Father Tells It: The Story of an Australian Life and One Crowded Hour: Neil Davis, Combat Cameraman 1934-85.

I am Equipped for the Great Adventure

Nasty Happenings in the Night

Storms and Superstitions at Sea

We Enter the Pack Ice

Nearly Nipped by the Ice

We Adjust to a Half Empty Ship

We Reach Mawson at Last