My Life in Football 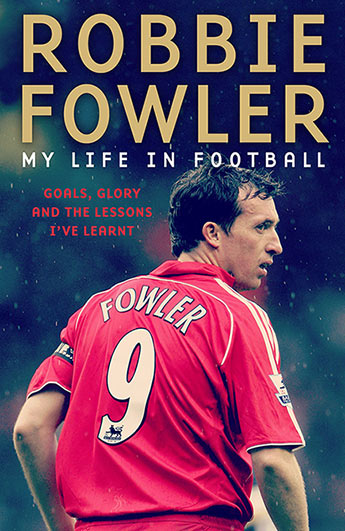 Anfield's favourite son, 25 years after first signing as a professional for Liverpool, on goals, glory and the lessons he's learnt.

To Liverpool fans, Robbie Fowler was 'God'. He is the sixth-highest goal scorer in the history of the Premier League and notched 183 goals for Liverpool alone.

But before all of that, he was a Liverpool lad who loved the game, the Kop and everything that came with it. A Footballer's Life is the story of a fan who became a legend.

Born in Liverpool in 1975, Robbie Fowler became a club icon by the time he was 18. No, he takes us through the games that have shaped his life and football philosophy, over 25 years after he first signed as a professional for Liverpool.

Engaging, personal and revealing, Robbie opens up about his astounding achievements, the price of fame and the regrets and struggles of being a professional footballer. From Hillsborough to Madrid, via the cup treble, that goal line celebration, hundreds of goals, Houllier, Benitez, Klopp and more, Robbie explains his thinking about the modern game. Inviting readers inside the dressing room, he shares stories of legendary teammates like Rush, Owen and Gerrard, as well as his rise to football's top table. How did he get back up so many times after the injuries that blighted his career? What gave him the drive to keep going and pursue his dreams?

My Life in Football harks back to a simpler time when fans and players shared the same story, and when the local boy really could dream of scoring a hat-trick for his home club when Saturday came.
More books by this author

Robbie Fowler w as born in Liverpool in 1975, and is one of the most revered football players in Liverpool history.

Known to all as 'God', Fowler was a gifted and natural scorer, with an instinctive goal-poaching ability. He is best remembered for his time at Liverpool and is the sixth-highest goal scorer in the history of the Premier League. He scored 183 goals in total for Liverpool, becoming a club legend. He subsequently played for Leeds United and Manchester City, before returning to Liverpool in January 2006. He was capped for England 26 times and was included in England's squads for Euro 1996 and 2000, and the 2002 World Cup. He later played for Cardiff City and Blackburn Rovers, as well as Australian teams North Queensland Fury and Perth Glory. He retired in 2012, after time as a player-manager for Thai side Muangthong United.