What do Druids Believe? 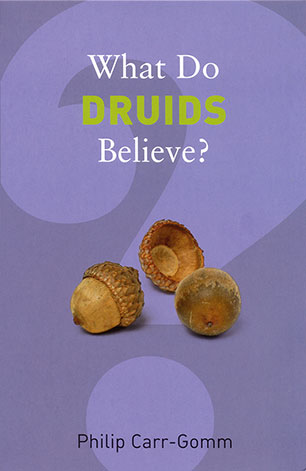 'Above all else, Druidry means following a spiritual path rooted in the green Earth.' - John Michael Greer

Druidism evolved out of the tribal cultures of Britain, Ireland and western France over two thousand years ago. In the seventeenth century it experienced a revival, which has continued to this day. Contemporary Druids can now be found all over the world, and Druidry's appeal lies in its focus on a reverence for the natural world, a belief in the value of personal creativity, and of developing a sense of communion with the powers of nature and the spirit. Druidry's startling recent growth lies in its broad appeal: some treat it as a philosophy, others as a religion, still others as a path of self-development. Druids can be Pagan, or can be followers of other faiths, and a Druid ceremony might include Christian and Buddhist Druids alongside Pagan and Wiccan Druids. Philip Carr-Gomm explains the practical value of following Druidism today, and examines its core beliefs and relevance to the contemporary issues that face us all.
More books by this author

Philip Carr-Gomm has a degree in psychology and trained in psychotherapy. In 1988 he was asked to lead The Order of Bards Ovates and Druids, and he combines his role as Chief of the Order with writing, and giving talks and workshops. He has written several books, which have been translated in many foreign editions. He lives in Sussex.