What Do Muslims Believe? 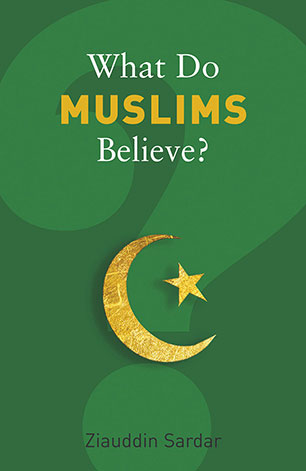 'The world is green and beautiful; and God has appointed you as His trustee over it.' - The Prophet Muhammad

Islam is one of the great monotheistic religions of the world. It produced a magnificent civilisation, envied for its science and learning, spanning over a thousand years. The teaching of Islam emphasise unity, humility, forgiveness and love of God. The Qur'an sings the virtues of knowledge and rationality. The life of Muhammad demonstrates the importance of tolerance, social justice and brotherhood. In sufism, Islam presents a mystical system based on love and devotion. So, why is Islam associated with hatred, violence, obstinacy and bigotry?

Ziauddin Sardar examines the true teachings of Islam and explores the reality of the Muslim world today. Emphasising the diversity of Islam and its ideals, he assesses the role Islam plays in the lives of ordinary Muslims and how Islamic beliefs and practices help understand the modern world.
More books by this author

Ziauddin Sardar, writer, broadcaster and cultural critic, is regarded as one of the world's foremost Muslim intellectuals. Author of over forty books, most recently Desperately Seeking Paradise: Journeys of a Sceptical Muslim, he has been described by The Independent as 'Britain's own Muslim polymath'.