Why, despite everything, Christianity can still make surprising emotional sense 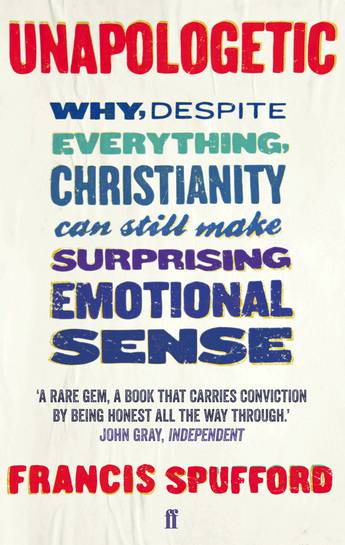 Unapologetic is a brief, witty, personal, sharp-tongued defence of Christian belief, taking on Dawkins' The God Delusion and Christopher Hitchens' God is Not Great.

But it isn't an argument that Christianity is true - because how could anyone know that (or indeed its opposite)?

It's an argument that Christianity is recognisable, drawing on the deep and deeply ordinary vocabulary of human feeling, satisfying those who believe in it by offering a ruthlessly realistic account of the bits of our lives advertising agencies prefer to ignore. It's a book for believers who are fed up with being patronised, for non-believers curious about how faith can possibly work in the twenty-first century, and for anyone who feels there is something indefinably wrong, literalistic, anti-imaginative and intolerant about the way the atheist case is now being made.

Fresh, provoking and unhampered by niceness, this is the long-awaited riposte to the smug emissaries of New Atheism.
More books by this author

Francis Spufford's first book, I May Be Some Time, won the Writers' Guild Award for Best Non-Fiction Book of 1996, the Banff Mountain Book Prize and a Somerset Maugham Award. It was followed by The Child That Books Built, Backroom Boys, and most recently, Red Plenty. In 2007 he was elected a Fellow of the Royal Society of Literature. He teaches writing at Goldsmiths College and lives near Cambridge.