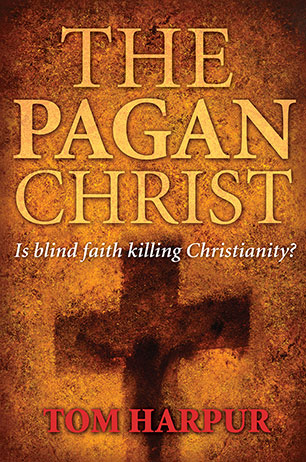 A radical, ground-breaking examination of the role of ancient myth in the origins of Christianity, challenging the idea of the Gospels as historical truth - it will change the way many think about religion, faith, history, myth and belief.

For centuries, the church has taught us that the Bible is a literal representation of actual events and people from millennia ago. But is it possible that the events in the Bible never occurred - that all those people never existed?

In a work sure to rattle the pews of even the most liberal of churches, ex-Anglican priest Tom Harpur contends that Christianity is built on a history that didn't happen, upon a series of miracles that were never performed, and on allegories scavenged from the teachings and myths of ancient cultures.

Long before the advent of Christ, the Egyptians and other ancient societies believed in the coming of a messiah, in a Madonna and her child, a virgin birth, and the incarnation of the spirit made flesh. Civilisations as diverse as the Persians and the Aztecs shared the same religious doctrine as Christian churches today, long before the testaments were purportedly recorded as history. According to Harpur, the early Christian church accepted these ancient truths as the very tenets of Christianity and set about covering up all attempts to reveal any elements of the Bible as myth.

What began as a belief system with the potential to transform the faith of millions has been twisted by blind literalism into a mind-numbing tradition of unquestioned belief in allegory and ritual.

As he reconsiders a lifetime of worship and study, Harpur eloquently reveals a cosmic faith built on universal truths. His message is clear: our blind faith in literalism is killing Christianity and dividing religions; only a return to an inclusive belief system where Christ lives within each of us will save it.
More books by this author

Tom Harpur, columnist for the Toronto Star, former Anglican priest and professor of Greek and The New Testament at the University of Toronto, is a prominent writer on religious and ethical issues. He is the author of seven bestselling books, including For Christ's Sake and Would You Believe? He has hosted numerous radio and television programs, including Life After Death, a ten-part series based on his best selling book of the same name, and a six-part television series based on his bestseller The Uncommon Touch: An Investigation of Spiritual Healing.

1 Discovery: A Bible Story I'd Never Heard Before

4 The Greatest Cover-up of All Time: How a Spiritual Christianity Became a Literalist Christianism

5 It Was All Written Before - In Egypt

7 The Bible - History or Myth?: The End of Fundamentalism

8 Seeing the Gospels With New Eyes: Sublime Myth Is Not Biography

9 Was There a Jesus of History?

10 The Only Way Ahead: Cosmic Christianity