The Message and the Book

Sacred Texts of the World's Religions 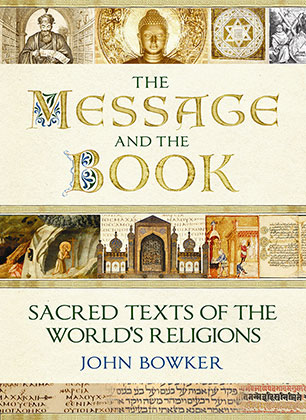 A magisterial single-volume survey of the great literature of the religions of the world, from the Bible and the Quran to the Vedas and The Analects of Confucius.

Most people alive today (more than three-quarters of the world's population) belong to one of the great religions. These faiths are built on the foundation-stones of key texts, to which people go for spiritual inspiration and moral guidance.

But what are these texts and what do they mean? Introducing and describing their content and core tenets, and quoting their key passages, The Message and the Book will help believers and unbelievers alike to understand why these sacred texts matter so much to so many people in today's world: the Bible remains the best-selling book world-wide, and other texts from the past are hugely influential in the present - for example, the Analects of Confucius in Asia and the Quran for Muslims.

The Message and the Book is an accessible, scholarly and informative guide not only to such well-known texts as the Bible and Quran, but also to more than 400 others. It is essential reading for those who want to understand the influence of religious texts both in the past and in the world of today.
More books by this author

John Bowker is an academic expert on world religions with a global reputation. He was formerly Professor of Religious Studies at the University of Lancaster and was Dean of Trinity College, Cambridge, from 1984 to 1991. He has also been Adjunct Professor at the University of Pennsylvania and North Carolina State University. He is the editor of The Oxford Dictionary of World Religions and author of the New York Times bestseller God: A Brief History What Muslims Believe, The Cambridge Illustrated History of Religions, The Sacred Neuron: Discovering the Extraordinary Links between Science and Religion and The Meanings of Death, which won the HarperCollins Religious Book Prize. He lives with his wife in Cambridge.