The Book of the People

How to Read the Bible 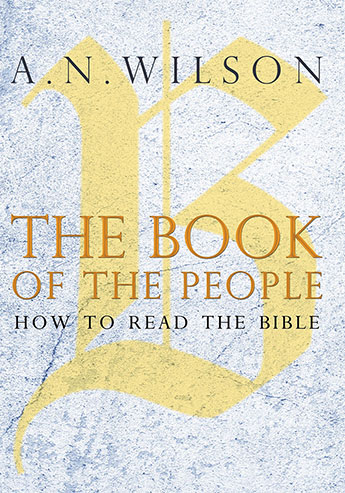 From one of our leading social and cultural historians comes a dazzling and original exploration of how, and why, we should still be reading the Bible, arguing that it remains relevant even in a largely secular society, as a philosophical work, a work of literature and a cultural touchstone.

A. N. Wilson has been thinking about the Bible, and reading it, since he read theology for a year at university. Martin Luther King was 'reading the Bible' when he started the Civil Rights movement. When Michelangelo painted the fresco cycles in the Sistine Chapel, he was 'reading the Bible'. In The Book of the People A. N. Wilson explores how readers and thinkers have approached the Bible, and how it might be read today. Charting his own relationship with the Bible over a lifetime of writing, Wilson argues that it remains relevant even in a largely secular society, as a philosophical work, a work of literature and a cultural touchstone that the western world has answered to for nearly two thousand years. He challenges the way fundamentalists - whether believers or non-believers - have misused the Bible, either by neglecting and failing to recognise its cultural significance, or by using it as a weapon against those with whom they disagree.

Erudite, witty and accessible, The Book of the People seeks to reclaim the Good Book as our seminal work of literature, and a book for the imagination.