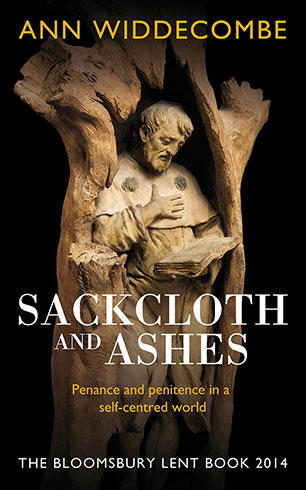 In the first Bloomsbury Lent book, former Conservative MP Ann Widdecombe looks at voluntary penance and its relation to repentence

Penance is an unfashionable notion in today's me, me, me world. Ann Widdecombe looks at voluntary penance and its relation to repentance, prescribed but not enforced penance as part of the sacrament of absolution and as an ex-prisons minister the role of penance as enforced by the State. Penance in art, penance in literature, penance in history, penance in the Bible are all examined but what is our modern concept of penance? Is it giving up chocolates for Lent or is it a lasting state of the awareness of sin? Is it public or private? Is it punishment or greater closeness to God? Is it always a response to personal sin or can an individual do penance for others' sins, for the world? Does it enhance prayer? What is its relationship to atonement? Is it a bore from which we are released on Easter Sunday or a source of deep spiritual contentment? Or is it a conceit on the part of mankind that any suffering can be added to Calvary? Sackcloth and Ashes is an important and thoughtful meditation on the concept of penance in the 21st Century.
More books by this author

For many years a forthright and high-profile MP, Ann Widdecombe is now as well-known for her star appearances on Strictly Come Dancing. A former Prisons Minister, she converted to Roman Catholicism in 1993. Countrywoman, columnist and best-selling author, she lives on Dartmoor.