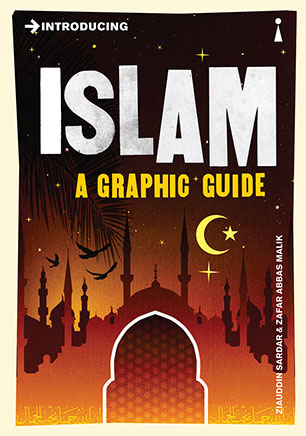 Islamic culture has produced some of the finest achievements of humanity. Islam: A Graphic Guide is a fascinating look into a sometimes misunderstood faith.

Islam is one of the world's great monotheistic religions. Islamic culture, spanning 1,500 years, has produced some of humanity's finest achievements. Yet the religion followed by a fifth of humankind, including millions from diverse ethnic backgrounds in the US and Europe, is largely seen in the West in terms of fundamentalism, bigotry and violence, a perception reinforced by the terrorist atrocities in New York and Washington in 2001 and subsequent outrages. But the real message of Islam is very different, making it perhaps the least understood religion in the world.

This informative guide recounts the history of Islam from the birth of Prophet Muhammad in the 6th century to its status as a global culture and political force today. Charting the achievements of Muslim civilization, it explains the nature and message of the Qu'ran, outlines the basic features of Islamic law, and assesses the impact of colonialism on Muslim socieities. Both timely and insightful, Islam: A Graphic Guide shows how Muslims everywhere are trying to live their faith and are struggling to shape new Islamic ideas and ideals in a globalized world.

Ziauddin Sardar is a columnist, TV presenter and much more besides. His latest books are Balti Britain (Granta, 2008) and, with Merryl Wyn Davies, Will America Change? (Icon, 2008). Zafar Abbas Malik is the art director of Arts and the Islamic World.