In the Name of God

A History of Christian and Muslim Intolerance 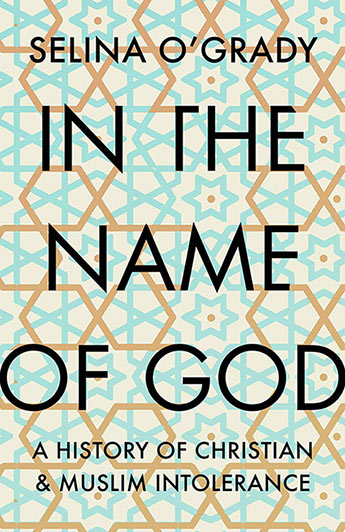 An original and groundbreaking history of religious tolerance that offers an essential guide to understanding Islam and the West today and the role of religion in the modern world.

Christianity is tolerant, Islam is not. Islam is an inherently violent, ossified religion which can never come to terms with the Enlightenment. How right or wrong are these assumptions? In this groundbreaking new book, Selina O'Grady asks how and why our societies came to be as tolerant or intolerant as they are? Whether tolerance can be expected to heal today's festering wound between Islam and the post-Christian West? Or whether something deeper than tolerance is needed.

Told through contemporary chronicles, stories and poems, Selina O'Grady takes the reader through the intertwined histories of the Muslim, Christian and Jewish persecutors and persecuted. From Umar, the seventh century Islamic caliph who laid down the rules for the treatment of religious minorities in what was becoming the greatest empire the world has ever known, to Magna Carta John who seriously considered converting to Islam; and from al-Wahaabi, whose own brother thought he was illiterate and fanatical, but who created the religious-military alliance with the house of Saud that still survives today, to Europe's bloody Thirty Years war that wearied Europe of murderous inter-Christian violence but probably killed God in the process. This book will be an essential guide to understanding Islam and the West today and the role of religion in the modern world.
More books by this author

Selina O'Grady was a producer of BBC1's moral documentary series Heart of the Matter, presented by Joan Bakewell, Channel 4's live chat show After Dark, and Radio 4's history series Leviathan. She is the author of And Man Created God and has written for the Guardian, Mail on Sunday, Literary Review and The Oldie.