How to Read the Egyptian Book of the Dead 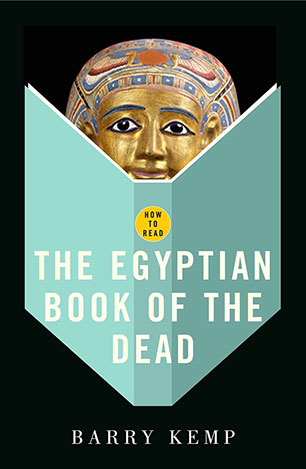 Explores who and what the Egyptians feared and revered.

The Egyptians created a world of supernatural forces so vivid, powerful and inescapable, that controlling one's destiny within it was a constant preoccupation. In life, supernatural forces manifested themselves through misfortune and illness, and after death were faced for eternity in the Otherworld along with the divine gods that controlled the universe.

The Book of the Dead empowered the reader to overcome the dangers lurking in the Otherworld and to become one with the gods that governed. Barry Kemp selects a number of spells to explore who and what the Egyptians feared and the kind of assistance that the Book offered them, revealing a relationship between the human individual and the divine quite unlike that found in the major faiths of the modern world.
More books by this author

Barry Kemp is Professor of Egyptology at the University of Cambridge. He is a Fellow of the British Academy and Field Director of The Egypt Exploration Society's arachaeological expedition to Tell el-Amarna. He is the author of Ancient Egypt: Anatomy of a Civilisation and 100 Hieroglyphs.