Journeys of a Sceptical Muslim 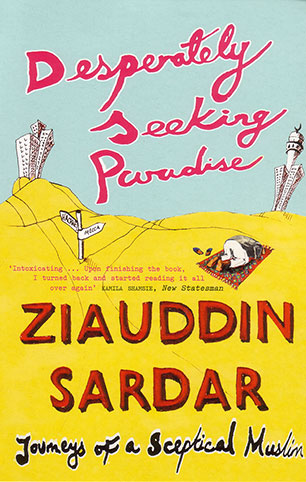 Ziauddin Sardar tells of his quest to grasp the meaning of his religion in contemporary society, his journey taking him across the Muslim world.

Ziauddin Sardar, one of the foremost Muslim intellectuals in Britain, learned the Koran at his mother's knee in Pakistan. As a young student in London he set out to grasp the meaning of his religion, and, hopefully, to find paradise, his quest leading him throughout the Muslim world, from Iran to China to Turkey. Along the way he accepts that he may never reach paradise but it's the journey that's important. At a time when the view of Islam in the West is so often distorted and simplistic, Desperately Seeking Paradise self-mocking, frank and passionate is essential reading.
More books by this author

Ziauddin Sardar was born in Pakistan in 1951 and grew up in Hackney, East London. He has worked all over the world as Muslim and Middle East correspondent for Nature, New Scientist and the Independent as well as making programmes for Channel 4, LWT and the BBC. He has published over 40 books, and contributes to the Observer, New Statesman, Independent, Evening Standard and the Daily Mail. He is Visiting Professor of Postcolonial Studies at City University, London.