Home>Browse>Books>General Books>Psychology>Why Can't a Woman Be More Like a Man?

Why Can't a Woman Be More Like a Man?

The Evolution of Sex and Gender 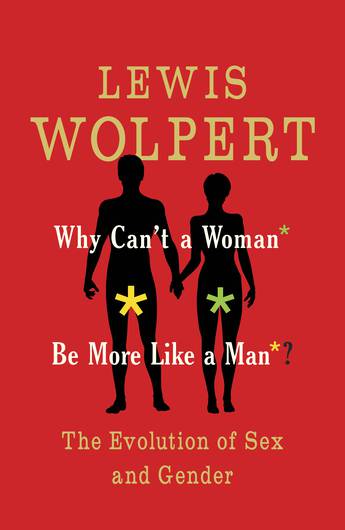 A lively and engaging contribution to the sex and gender debate, from Lewis Wolpert, acclaimed author and developmental biologist.

Controversy rages around sex and gender, but just what are the differences and how are they determined? Lewis Wolpert, distinguished scientist, broadcaster and author, has tackled depression, religion and old age from a developmental biologist's perspective. Now he enters the gender debate, starting with his argument that men are fundamentally modified females - if the genes present at fertilisation did not do their job properly, we would all be women - and journeying through MRI techniques, the nature of sexual attraction, 'neurosexism' and whether men are really better at maths.

With fresh and persuasive research and with his customary intelligence and curiosity, Lewis Wolpert sets out to make his mark on this controversial topic - and makes some surprising discoveries along the way.
More books by this author

Lewis Wolpert is a distinguished developmental biologist, and is Emeritus Professor of Biology as Applied to Medicine at University College, London. He is the author of, among others, The Unnatural Nature of Science and Malignant Sadness, which was described by Anthony Storr as 'the most objective short account of all the various approaches to depression'. His most recent book, You're Looking Very Well, was published in 2011.