The Truth about Women and Men Today 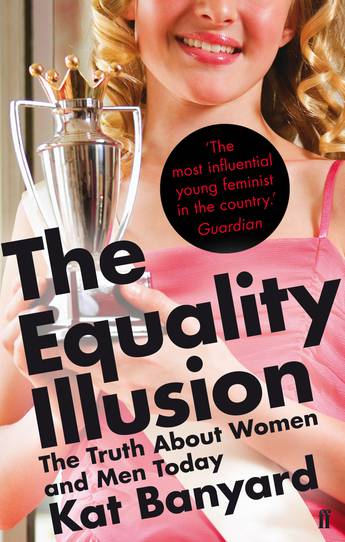 A passionate and urgent new voice that will reclaim feminism for a new generation.

'Whoever says that prostitution is just ordinary work has never walked even a minute in my shoes, or any other girl that I know. Prostitution is actually a trap that most women believe for far too long.' - Rebecca Saffer, former 'high-end call girl', interviewed in The Equality Illusion.

Women have made huge strides in equality over the last century. And feminism is now generally considered irrelevant, or old-fashioned, or even embarrassing.

But what about the fact that today women working full-time in the UK are paid on average 17% less an hour than men? That one in three women worldwide has been beaten, coerced into sex, or otherwise abused because of her gender? Or that there is a huge disparity in both government and corporate power (of parliamentary seats across the globe only 15% are held by women, fewer than 20% of UK MPs are women, and 96% of executive directors of the UK's top hundred companies are men)?

In The Equality Illusion, campaigner Kat Banyard argues passionately and articulately that feminism continues to be one of the most urgent and relevant social justice campaigns today.

Structuring the book around a normal day, Banyard sets out the major issues for twenty-first century feminism, from work and education to sex, relationships and having children. She draws on her own campaigning experience as well as academic research and dozens of her own interviews and case studies. The book also includes information on how to get involved in grassroots action and a list of resources.
More books by this author

Banyard was born in 1982 and is the founder of FEM Conferences, an acclaimed series of national feminist conferences. She is currently Campaigns Officer at the Fawcett Society, the UK's leading campaigner for women's rights, and is a regular spokesperson for the organisation in national print and broadcast media. In 2007 she was profiled in Observer Woman as one of 'The New Feminists'. Prior to her work at Fawcett, Kat worked for a refugee organisation in Sheffield setting up women's groups. She now lives in London.