Human Being to Human Bomb

The Conveyor Belt of Terror 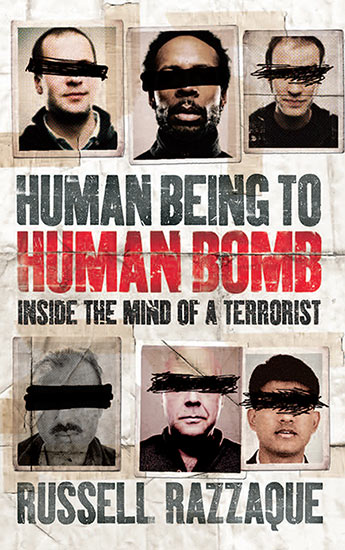 What makes often intelligent young men (and women) violently kill themselves and others in the name of religion and politics?

They all had strict fathers and obsessive personalities. They all studied science-based subjects. They lived in the West, grew to despise it and ultimately killed themselves and numerous innocent others. In November 2001, Osama Bin Laden proclaimed: We love death. The West loves life. That is the big difference between us. But who is this we ? How does someone go from being an unremarkable school-leaver to a human bomb? And how can this transformation, from teenager to terrorist, be detected? Having had his first of many encounters with extremist Islam at university in London in 1989, Russell Razzaque has watched this harrowing conversion from close quarters. Unique, personal and expertly researched, Human Being to Human Bomb shines a light on the real psychology behind Islamic suicide bombing. It is explored by a writer within the religion itself and concludes by unveiling a new psychological device that will expose those who are vulnerable to extremism before it is too late
More books by this author

Dr Russell Razzaque, a Muslim, is a member of the Royal College of Psychiatrists. He works as a Consultant in Acute Psychiatry in East London, establishing counselling, leisure, outreach and recreational projects for young Muslims locally. He writes regularly for the Independent and has appeared many times on Sky News.