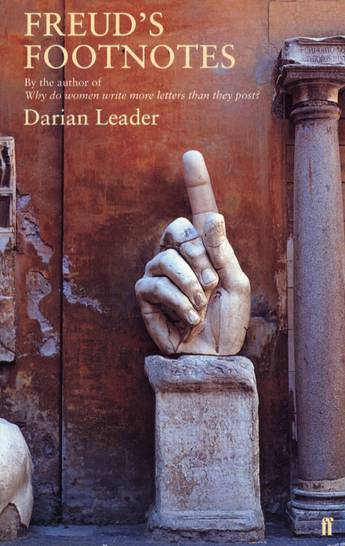 Download cover
In Frued's Footnotes, Darian Leader brings to life debates in the history and theory of psychoanalysis, opening up new perspectives on areas that are all too often taken for granted. What was Freud's scientific background? What were the real questions in the early psychoanalytic debates about gender? Where did the idea that we have an internal world come from? And what do Freud's successors, Melanie Klein and Jacques Lacan, have to say about the first years of life?

Leader explores these questions - and others - which preoccupied Freud and his followers. Contexts and influences, revisions and apparently insignificant details are brought to the foreground in an important study which is characteristically profound, witty and persuasive.

Darian Leader is a psychoanalyst and a founder member of the Centre for Freudian Analysis and Research in London. He is Honorary Visiting Academic at the Centre for Psychoanalysis at Middlesex University.He has been involved in a BBC2 documentary on Francis Bacon, an ICA video on 'Psychoanalysis and the Image', has lectured at Tate Britain on 'Art and Masochism' and has written essays for various artists, including Marc Quinn and Henry Bond.He is the author of Why do women write more letters than they post? (1996), Promises lovers make when it gets late (1997) and Freud's Footnotes (2000). His most recent book, Stealing the Mona Lisa, was published in 2002.