The Faber Book of Science 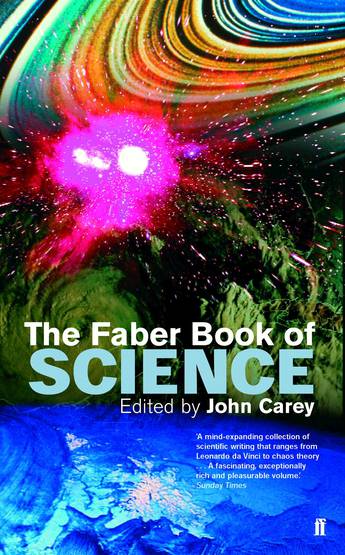 Download cover
Availability: Not available to order from this website, please try another retailer
The Faber Book of Science introduces hunting spiders and black holes, gorillas and stardust, protons, photons and neutrinos. In his acclaimed anthology, John Carey plots the development of modern science from Leonardo da Vinci to Chaos Theory.

'Most people would do better not to touch another science book until they have read John Carey's anthology. There can be few happier marriages between the "two cultures" of science and literature than this collection.' Independent

John Carey is Merton Professor of English at Oxford University, a distinguished critic, reviewer and broadcaster, and the author of several books, including studies of Donne, Dickens and Thackeray, and most recently, Pure Pleasure: A Guide to the Twentieth Century's Most Enjoyable Books, described, by James Wood in the London Review of Books, as 'likeable, wise and often right . . . one feels an attractive sense of partisanship in Carey's writing, an alliance with the ordinary, the plain spoken, the unlettered, the sympathetic and the humane. Carey writes with an Orwellian attention to decency'. He is a regular critic on BBC2's Newsnight Review. He is also the editor of the best-selling anthologies The Faber Book of Reportage, The Faber Book of Science and The Faber Book of Utopias.