Lament for the Fallen 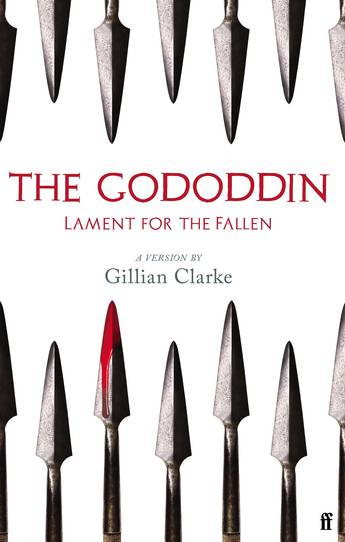 A new version of one of Britain's oldest cultural treasures, which captures its compelling 'word-music'.

The timeless and compelling 'word-music' of one of Britain's oldest cultural treasures is captured in this new bilingual edition.

The Gododdin charts the rise and fall of 363 warriors in the battle of Catraeth, around the year AD 600. The men of the Brittonic kingdom of Gododdin rose to unite the Welsh and the Picts against the Angles, only to meet a devastating fate. Composed by the poet Aneirin, the poem was originally orally transmitted as a sung elegy, passed down for seven centuries before being written down in early Welsh by two medieval scribes. It is composed of one hundred laments to the named characters who fell, and follows a sophisticated alliterative poetics. Former National Poet of Wales Gillian Clarke animates this historical epic with a modern musicality, making it live in the language of today and underscoring that, in a world still beset by the misery of war, Aneirin's lamentation is not done.
More books by this author

Gillian Clarke was born in Cardiff, Wales. National Poet of Wales 2008-2016, winner of the Queen's Gold Medal for Poetry (2010) and the Wilfred Owen Association Poetry award (2012), she is one of the best-known names in UK poetry today, as well as one of the most popular poets on the school curriculum. Poet, playwright, editor, translator, she is President of Ty Newydd writers' centre in North Wales which she co-founded in 1990. Her collections include Making Beds for the Dead (2004) and A Recipe for Water (2009); her Selected Poems appeared in 2016.