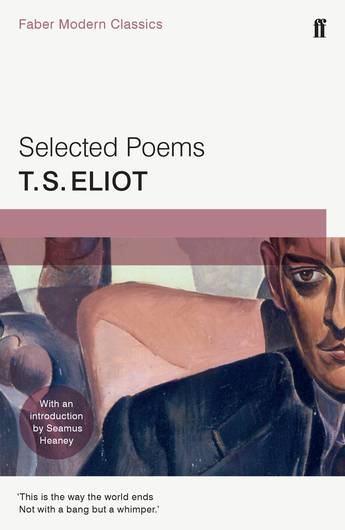 Experience the wonder of the written word from some of the greatest writers of the modern age, with Faber Modern Classics. Featuring an introductory essay by Seamus Heaney.

T.S. Eliot - editor, poet, critic and publisher - was the greatest poet of his generation. The winner of the 1948 Nobel Prize for Literature, virtually every English language poet since owes him a debt of gratitude. Voted as Britain's favourite poet in a 2009 BBC poll, Eliot selected and designed this collection himself in 1954 as an introduction to his work for new readers.

Containing 'The Waste Land' and 'The Love Song of J. Alfred Prufrock', Selected Poems is the perfect way to begin with one of the defining figures of the twentieth century. This edition also features an introductory essay by Seamus Heaney.
More books by this author