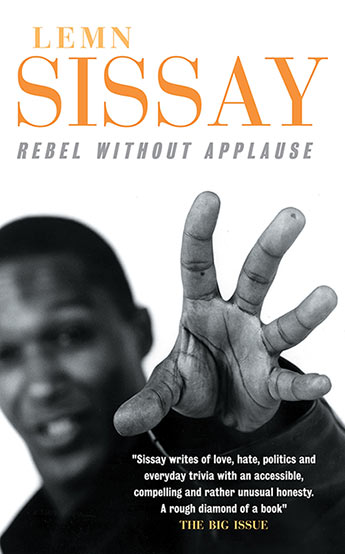 The first collection of poetry from the explosively talented author of Gold from the Stone.

Lemn Sissay's poems are laid into the streets of downtown Manchester, feature on the side of a public house in the same city and have been emblazoned on a central London bus route.

He has been published in press as diverse as the Times Literary Supplement and The Independent to The Face and Dazed and Confused. He has been commissioned to write poetry, documentaries and plays for Radio1 and Radio4, as well as being involved in television in the roles of writing, performing and presenting.

He is published in over sixty books and features on the Leftfield album Leftism.

Rebel Without Applause is the stunning debut collection that started it all for Lemn Sissay.
More books by this author

Lemn Sissay is an award-winning writer and popular broadcaster as well as being the author of five poetry books. He was made an Honorary Doctor of Letters by the University of Huddersfield and the University of Manchester. He was awarded an MBE by the Queen for services to literature. He was the official poet for the London 2012 Olympics. He has worked throughout the world and is patron of the Letterbox Club, supporting children in care. His work in the Arctic has featured at the Royal Academy and in galleries throughout the world. His Landmark poems can be found in London, Manchester, Huddersfield and Addis Ababa. In 2015 he was appointed Chancellor of the University of Manchester. He is British and Ethiopian.