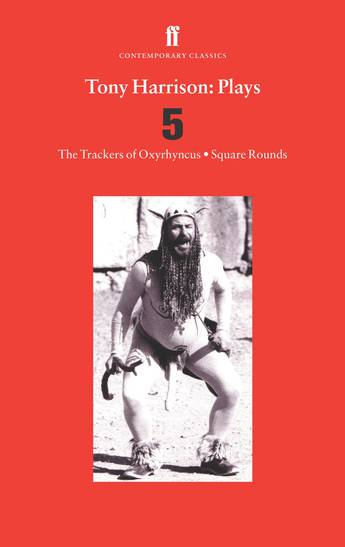 Download cover
This fifth collection of Tony Harrison's masterly poetry for the stage contains introductions by the author to each of the plays.The Trackers of Oxyrhynchus was voted one of the best 100 plays of the twentieth century by the National Theatre Millennium Poll:'One of the most brilliantly original things the National has ever done.' Sunday Times'A wonderfully witty, provocative piece of theatre.' Guardian'Harrison has created a glorious piece of total theatre.' Time Out'Square Rounds is clearly a work of genius . . . It's so brilliant you leave the theatre in a kind of exhilarated pessimism.' Boston Globe'It would be a stony soul who didn't salute Harrison's reckless theatrical audacity . . . A stunningly original piece of theatre.' Guardian'Let's hand it to Tony Harrison: when it comes to taking theatrical risks, he has no rival.' The TimesTony Harrison is the recipient of the Northern Rock Foundation Writer's Award 2004.
More books by this author

Tony Harrison was born in Leeds in 1937. His volumes of poetry include The Loiners (winner of the Geoffrey Faber Memorial Prize in 1972), Continuous, v. (broadcast on Channel 4 in 1987 and winner of the Royal Television Society Award), A Cold Coming (Gulf War poems written for the Guardian), The Gaze of the Gorgon (winner of the Whitbread Prize for Poetry) and Laureate's Block. He has also contributed a number of poems to Volume 5 of the Penguin Modern Poets series.Recognised as Britain's leading theatre and film poet, Tony Harrison has written extensively for the National Theatre, the New York Metropolitan Opera, the BBC, Channel 4, and for unique ancient spaces in Greece and Austria. His version of Aeschylus's Oresteia, written for the National Theatre, won the European Poetry Translation Prize in 1982. Among his many television films are Black Daisies for the Bride, which won the Prix Italia in