The Mother and The Father 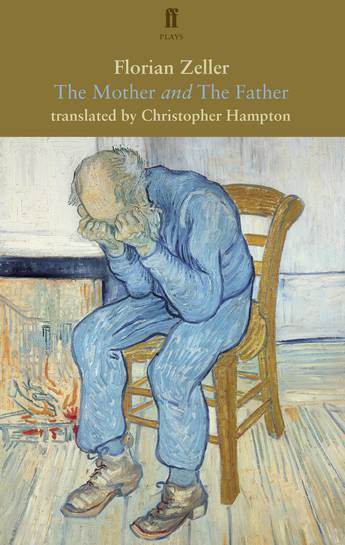 Christopher Hampton's acclaimed translations of Florian Zeller's plays, The Mother and The Father, both of which were sensational hits when they were first staged in Britain, winning the Moliere Award for Best Play in 2011 and 2014 respectively.

The Mother Anne loved the time in her life when she prepared breakfast each morning for her two young children. Years later, spending hours alone, Anne convinces herself that her husband is having an affair. If only her son were to break-up with his girlfriend. He would return home and come down for breakfast. She would put on her new red dress and they would go out. The Mother, in this English translation by Christopher Hampton, was commissioned by the Ustinov Studio, Theatre Royal, Bath, and premiered in May 2015. Florian Zeller's The Mother was awarded the Moliere Award for Best Play 2011.

The Father 'A wonderfully peculiar, quietly stunning depiction of dementia... A controlled, unforgettable portrait of losing your memory.' Times
'A vivid, lucent translation by Christopher Hampton.' Observer
'One of the most acute, absorbing and distressing portraits of dementia I've ever seen.' Daily Telegraph
'A play that constantly confounds expectations and works almost like a thriller, with a sinister Pinteresque edge.' Guardian
The Father, in this English translation by Christopher Hampton, was commissioned by the Ustinov Studio, Theatre Royal, Bath and premiered in October 2014. The production transferred to the Tricycle Theatre, London, in May 2015. Florian Zeller's The Father was awarded the Moliere Award for Best Play 2014.
More books by this author

Florian Zeller (b. 1979) is a French novelist and playwright. His works include The Fascination of Evil (Prix Interallie 2004), Artifical Snow, Lovers or Something Like it and Julien Parme. His most recent play translated into English is The Truth. Christopher Hampton was born in the Azores in 1946. He wrote his first play, When Did You Last See My Mother? at the age of eighteen. Since then, his plays have included The Philanthropist, Savages, Tales from Hollywood, Les Liaisons Dangereuses, White Chameleon and The Talking Cure. He has translated plays by Ibsen, Moliere, von Horvath, Chekhov and Yasmina Reza (including Art and Life x 3).