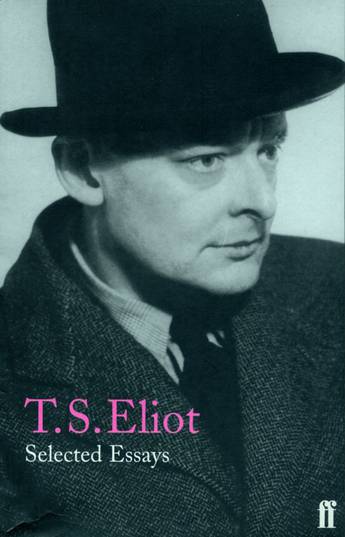 Download cover
Availability: Not available to order from this website, please try another retailer
In this magisterial volume, first published in 1932, Eliot gathered his choice of the miscellaneous reviews and literary essays he had written since 1917, when he became assistant editor of The Egoist. In his preface to the third edition in 1951 he wrote: 'For myself this book is a kind of historical record of my interests and opinions.' The text includes some of his most important criticism, especially parts of The Sacred Wood, Homage to John Dryden, the essays on Elizabethan and Jacobean dramatist, For Lancelot Andrewes and Essays Ancient and Modern.
More books by this author

Thomas Stearns Eliot was born in St Louis, Missouri in 1888. He was educated at Harvard, at the Sorbonne in Paris, and at Merton College, Oxford. His early poetry was profoundly influenced by the French symbolists, especially Baudelaire and Laforgue. In his academic studies he specialised in philosophy and logic. His doctoral thesis was on F. H. Bradley. He settled in England in 1915, the year in which he married Vivienne Haigh-Wood and also met his contemporary Ezra Pound for the first time. After teaching for a year or so he joined Lloyds Bank in the City of London in 1917, the year in which he published his first volume, Prufrock and Other Observations. In 1919 Poems was hand-printed by Leonard and Virginia Woolf. His first collection of essays, The Sacred Wood, appeared in 1920. His most famous work, The Waste Land, was published in 1922, the same year as James Joyce's Ulysses. The poem was included in the first issue of his jou