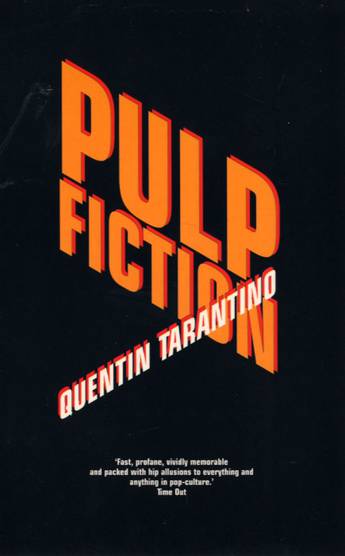 Download cover
Availability: Not available to order from this website, please try another retailer
Winner of the Academy Award for Best Screenplay and the prestigious Palme d'Or at the Cannes Film Festival, Pulp Fiction exploded on to the screen in 1994 and transformed the direction of contemporary cinema. This triplet of masterfully interwoven crime stories is witty, gritty and shamelessly violent, displaying Tarantino's visceral approach to character and plot. Tarantino has spawned a whole host of wannabes in the wake of this, the defining movie of the 1990s. But none has demonstrated the elegant style and compassion that make his scripts so compellingly readable.
More books by this author

Born in Knoxville, Tennessee, in 1963, Quentin Tarantino was an ex-video store clerk whose debut feature Reservoir Dogs (1991) became a huge cult hit. Two earlier scripts - True Romance and Natural Born Killers - were then filmed, while his own Pulp Fiction (1994) won the Palme d'Or at Cannes and an Oscar for Best Screenplay. Subsequently he has contributed to Four Rooms (1995) and From Dusk Till Dawn (1996), and made Jackie Brown (1998) and Kill Bill (2003).