Murder in the Cathedral

With an Introduction and notes by Nevill Coghill 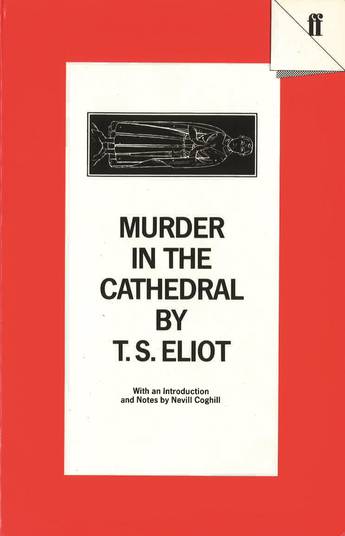 The allure of such a story for a dramatist is obvious: there is a great conflict between human and divine power, a strong central character and a number of complicated spiritual issues to be found in his death.

Professor Coghill was invited to prepare this annotated edition of Murder in the Cathedral by Eliot himself, and he approved his introduction. Coghill discusses Eliot's subject matter, and the play's importance in his oeuvre. Forty pages of notes elucidate textual difficulties, and include a valuable discussion of some wider issues. The references to the production of the play in the theatre are of great interest. There are three appendices on the historical context; on the metre of Everyman, which influenced the versification of Murder in the Cathedral; and on Tennyson's poetic drama Beckett, which offers a striking contrast to Eliot's treatment of the subject.
More books by this author

Thomas Stearns Eliot, OM (26 September 1888 4 January 1965), was a poet, dramatist, and literary critic. He received the Nobel Prize in Literature in 1948. He wrote the poems The Love Song of J. Alfred Prufrock, The Waste Land, The Hollow Men, Ash Wednesday, and Four Quartets; the plays Murder in the Cathedral and The Cocktail Party; and the essay Tradition and the Individual Talent. Eliot was born in the United States, moved to the United Kingdom in 1914 (at age 25), and became a British subject in 1927 at the age of 39.