adapted for the stage by Nigel Williams 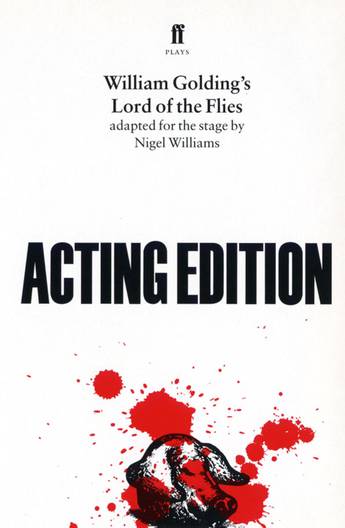 'Golding knows exactly what boys are like; he has a compelling imagination; and the vivid realism with which he describes the disintegration of their untried and precarious civilization under the pressure of raw nature carries the reader to the bloody climax . . . a most absorbing and instructive tale.'

Playwright and novelist Nigel Williams' stage adaptation of Golding's story was first professionally produced by the Royal Shakespeare Company at Stratford upon Avon in July 1995.

'Remarkably true to the novel in spirit . . . the theatre lends itself to the story - chanting, dancing, marching, forming a circle round the victim, stamping out a fire . . . You end up feeling you have seen a fable of infinite implications enacted in a little room.'

This special edition contains the full play-text as well as notes on staging, a full properties list and lighting and sound cues.