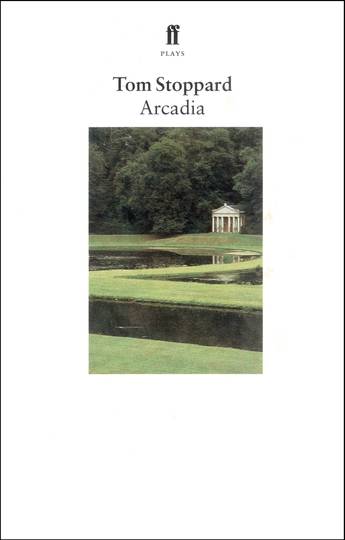 This play takes readers back and forth between the 19th and 20th centuries. Set in a large country house in Derbyshire, a cast of characters from each century play out their respective dramas.

In a large country house in Derbyshire in April 1809 sit Lady Thomasina Coverly, aged thirteen, and her tutor, Septimus Hodge. Through the window may be seen some of the '500 acres inclusive of lake' where Capability Brown's idealized landscape is about to give way to the 'picturesque' Gothic style: 'everything but vampires', as the garden historian Hannah Jarvis remarks in the same room 180 years later to Bernard Nightingale - who has arrived to uncover the scandal said to have taken place when Lord Byron stayed at Sidley Park.

Tom Stoppard's absorbing play takes us back and forth between the centuries and explores the nature of truth and time, the difference between the Classical and the Romantic temperament, and the disruptive influence of sex on our orbits in life - 'the attraction which Newton left out'.

Tom Stoppard was born in 1937 in Czechoslovakia. His first major success, Rosencrantz and Guildenstern are Dead, was produced in London in 1967 at the Old Vic after critical acclaim at the Edinburgh Festival. Subsequent plays include Enter a Free Man, The Real Inspector Hound, Jumpers, Travesties, Night and Day, Every Good Boy Deserves Favour (with Andre Previn), After Magritte, Dirty Linen, The Real Thing, Hapgood, Arcadia, Indian Ink and The Invention of Love.