Ernie's Incredible Illucinations; Invisible Friends; This is Where We Came In; My Very Own Story; The Champion of Paribanou 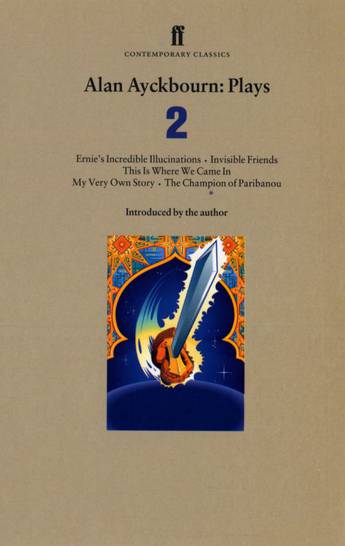 Download cover
A treat to read and a joy to perform, this second collection of Alan Ayckbourn's work contains some of his wonderfully inventive children's plays.

'It's a tribute to Ayckbourn's later work, breaking free as it does from the constraints of naturalism, that it taps primitive fantasies and fears that children can easily respond to.' Independent

My Very Own Story

'There aren't enough good plays for very young audiences but in the past few years Ayckbourn has added two or three new classics.It sounds like Stoppard for tots and it is, complete with exuberant wordplay.' Guardian

Alan Ayckbourn is the most widely performed of all living playwrights, with a prolific back catalogue of work which has been translated into 40 languages and performed throughout the world. He has received many national and international awards. He was appointed a CBE in 1987, and in 1997 received a knighthood for his services to theatre.