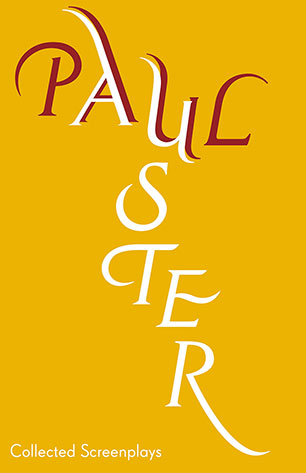 Paul Auster's screenplays collected together for the first time.

Paul Auster's Collected Screenplays brings together the film work of Paul Auster. Paul Auster's novels have earned him the reputation as 'one of America's most spectacularly inventive writers.' He has also brought this sense of invention to the art of screenwriting, producing Smoke, Blue in the Face, Lulu on the Bridge and The Inner Life of Martin Frost.

Smoke tells the story of a novelist, a cigar store manager, and a black teenager who unexpectedly cross paths and end up changing each other's lives in indelible ways. Set in contemporary Brooklyn, Smoke directly inspired Blue in the Face, a largely improvised comedy shot in a total of six days. Lulu on the Bridge is both a thriller and a fairy tale: when jazz musician Izzy Maurer is accidently hit by a bullet during a performance in a New York club, he is led on a journey into the strange and sometimes frightening labyrinth of his soul. The Inner Life of Martin Frost follows the mysterious and unsettling experiences that befall writer Martin Frost when he borrows a friend's country house and sets out to write a story about elusive and impossible love.

The volume also contains production notes, as well as interviews with Paul Auster about his work in film.
More books by this author

Paul Auster was born in Newark, New Jersey in the United States in 1947. After attending Columbia University, he lived in France for four years. Since 1974 he has published poems, essays, novels, screenplays and translations. He was the editor of the short story anthology, True Tales of American Life. He lives in Brooklyn, New York.