The Hidden Science of Lost Civilisations 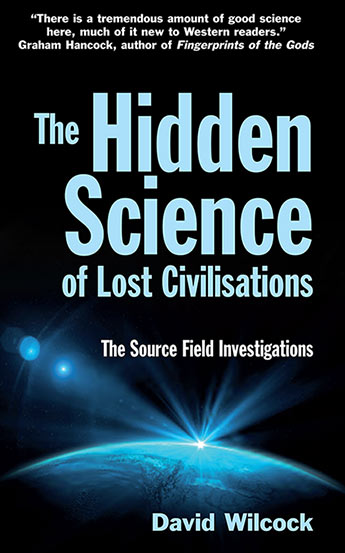 Who are we, how did we get here and where are we going?

The Hidden Science of Lost Civilisations is a guided tour through the most incredible scientific mysteries in the modern world, and a rediscovery of an ancient system of physics and spirituality that has since crumbled almost entirely into ruin. David Wilcock's extensive knowledge of contemporary science has led him to rewrite the Mayan myth; 2012 will not be the end of the world, but will be the start of mankind's golden period.

A hidden intelligence, a living energy field that the universe is built from, which David Wilcock calls the Source Field, guides mankind's destiny. David Wilcock has studied this intelligence for over thirty years and has come to understand that the Source Field is the key to unlocking the mysteries mankind have always struggled to answer: who are we, how did we get here and where are we going?

Drawing upon alternative science, as well as cutting-edge quantum physics and consciousness research, Wilcock connects the scientific with lost traditions of ancient wisdom to predict what lies in mankind's future.

David Wilcock believes that 2012 was a watermark for widespread acceptance of a greater reality. The Hidden Science of Lost Civilisations provides a blueprint for this Golden Age.

David Wilcock is a researcher of ancient civilisations and consciousness science. Over two million people have seen his documentary, The 2012 Enigma, and his further thoughts on 2012 can be found through his website, Divine Cosmos.