Signs of the Gods? 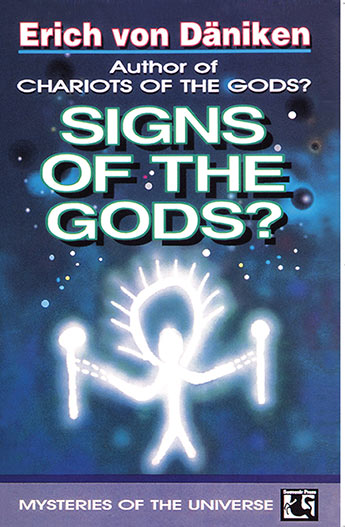 What was the Ark of the Covenant and where is it now? Did an alien race from beyond the stars create the first men? Were the megaliths of Malta and Brittany's menhirs built by extraterrestrial giants? Was there a nuclear catastrophe in ancient times? While answering these questions Erich von Daniken develops his theories that astronauts visited Earth during prehistory. He sets out the Biblical evidence for a race of giants, the strange similarity in geometrical plans of ancient monuments from around the world, and do the Sumerian King lists suggest that Sumeria may have been ruled by supermen?

Profusely illustrated, this thought-provoking book adds to the credibility of von Daniken's theories.
More books by this author

Erich von Daniken has spent a lifetime gathering evidence to prove that before the dawn of recorded history our ancestors were visited by an alien race. Erich Von Daniken was responsible for popularising the ancient astronaut hypothesis of human development. Orthodox historians have been sceptical but a vast public have been drawn to his ideas by instinctive interest and wonder. His 26 books have sold over 60 million copies, in over 40 languages.